Glamorous Wedding at The Fives 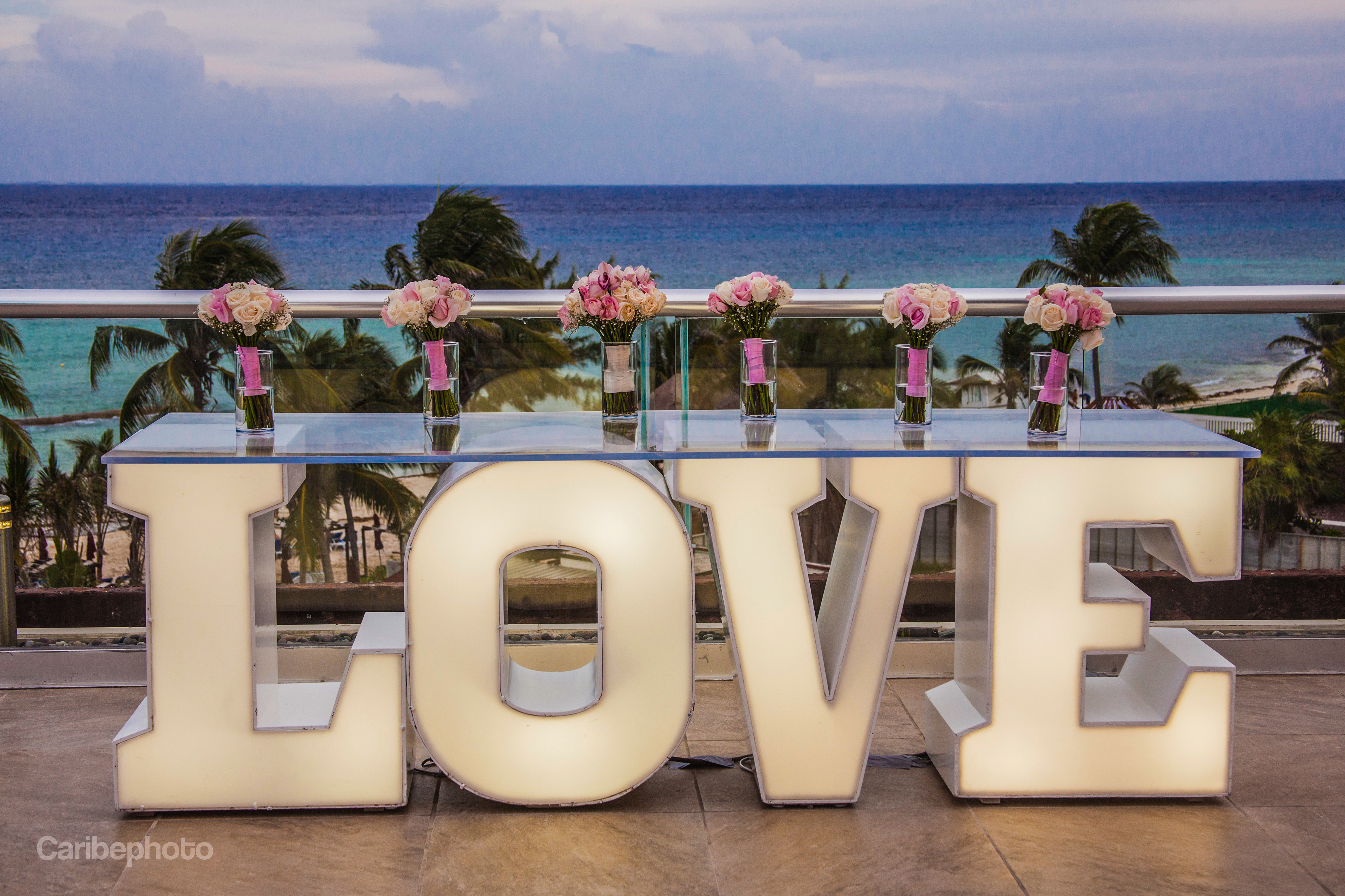 Glamorous Wedding at The Fives

We met Jessica and Louis on 18 July 2017 at the lobby of  “The Fives” to check the final details to cover their wedding, She was starving and Louis came up with her breakfast, it was that very moment when we could definitely felt their enthusiasm and energy, such an enormous love! 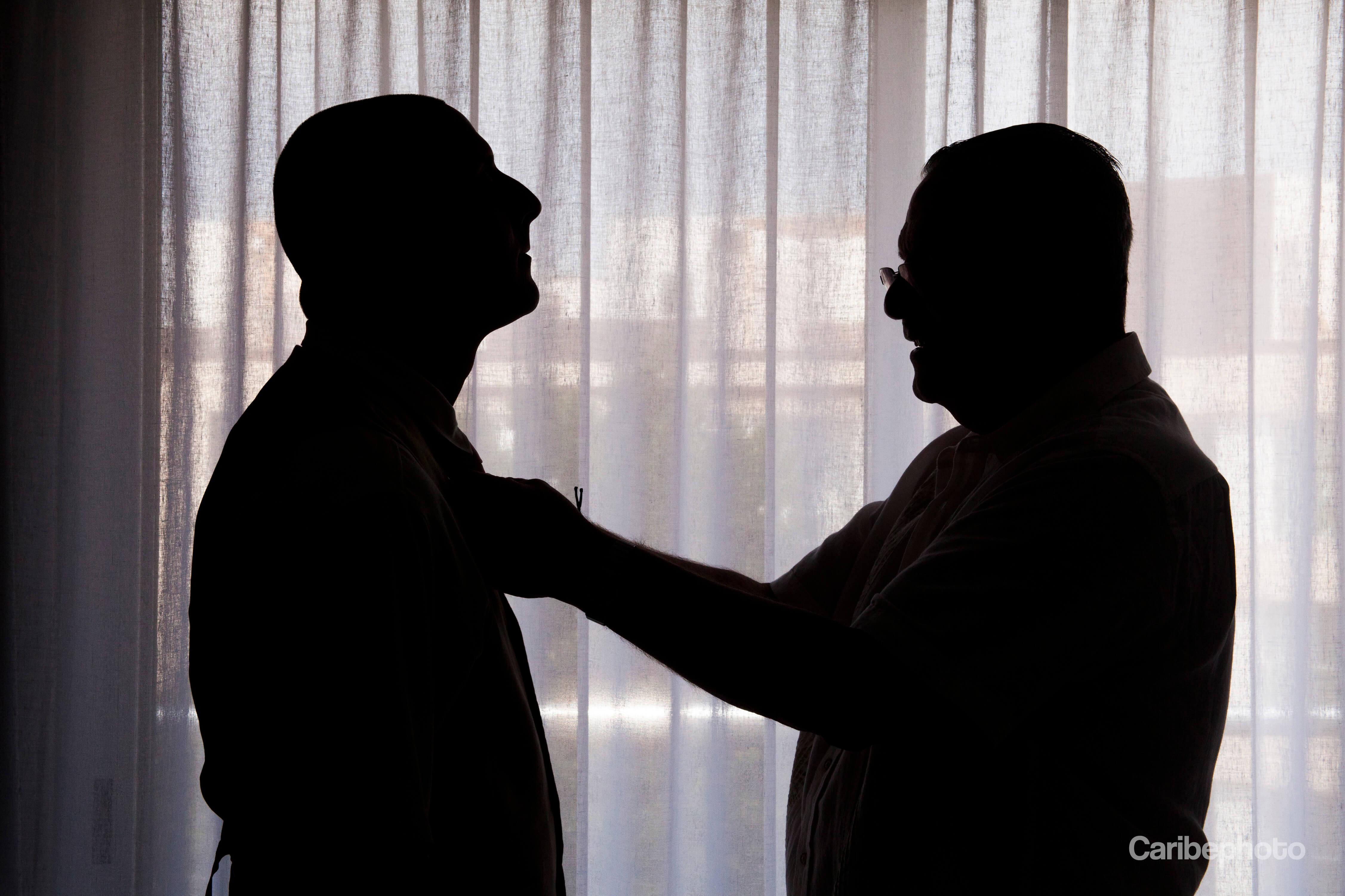 Incredibly, it all began thanks to some beautiful hair and a pair of stylish boots.

Raquel, Louis sister, had been the first one to meet Jessica, and she took me back to a night in New York City, three-and-a-half years ago, at a bar called the Blue Zoo; Jessica was there with her best friend Jen when she saw Raquel and approached her, striking up a conversation. She admitted to being enamored of hair and touched it, telling her how much she loved it. She also asked Raquel about her boots, which she also really liked. They quickly hit it off, and after a few drinks and some conversation they become friends. Louis didn´t make his appearance until later on. He had arrived to pick up his sister, as he did not want her to drive home. It was at this moment when Jessica first saw the man who would become her future husband. 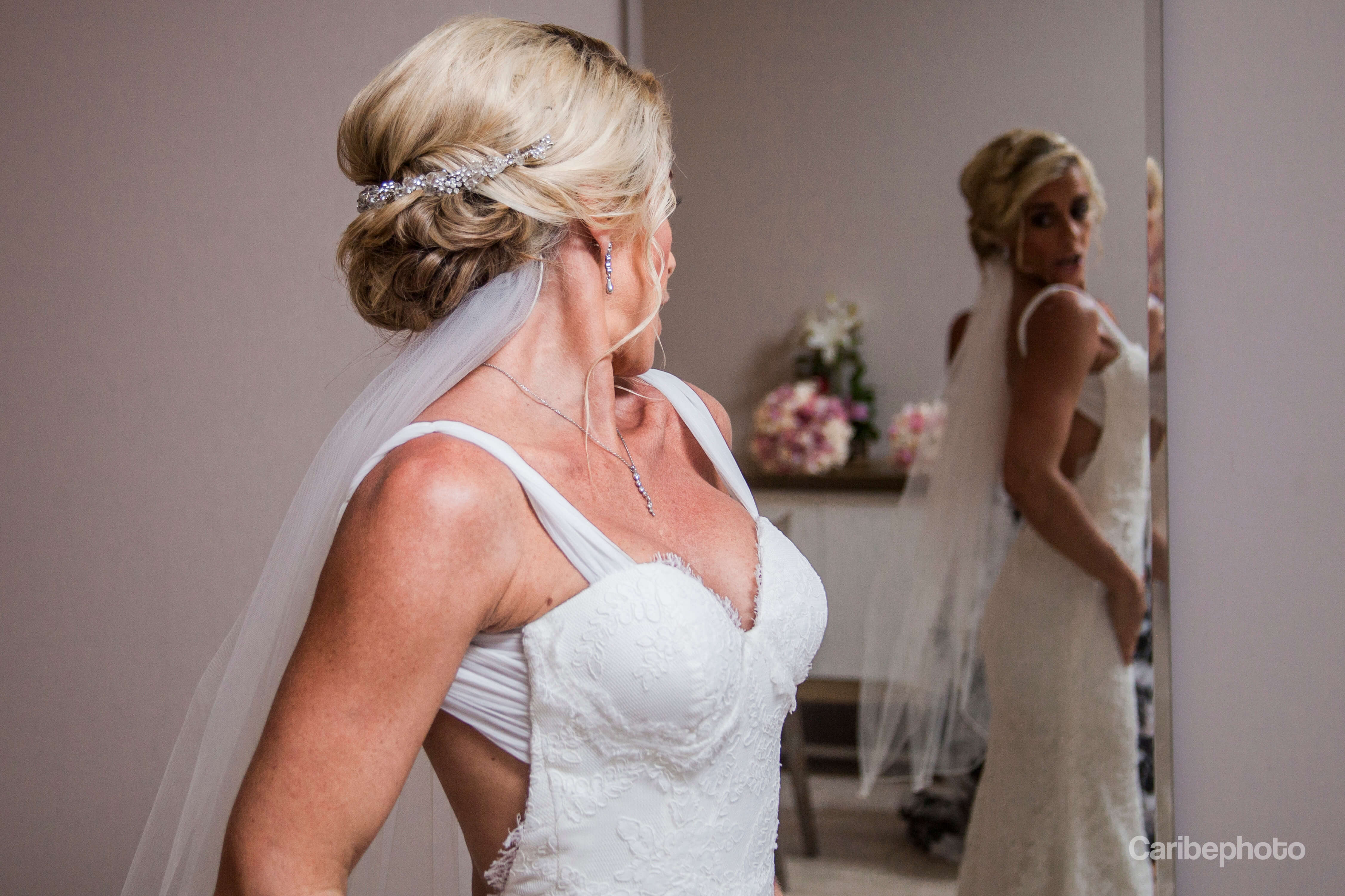 The Big Day arrived! I was welcomed in and saw that she was busy with her hair, surrounded by her best friend, her sister, mother, soon-to-be mother-in-law and sister-in-law. ¨Jessica thought that Louis was my boyfriend¨ Raquel told me. ¨She asked me if I could talk to him and I said ´Of course!´ We go to that bar all the time and we had never bumped into each other until that night.¨

When Raquel had finished with her story, Jessica suddenly appeared in her wedding dress.

The reaction from everyone in the room was one of astonishment. 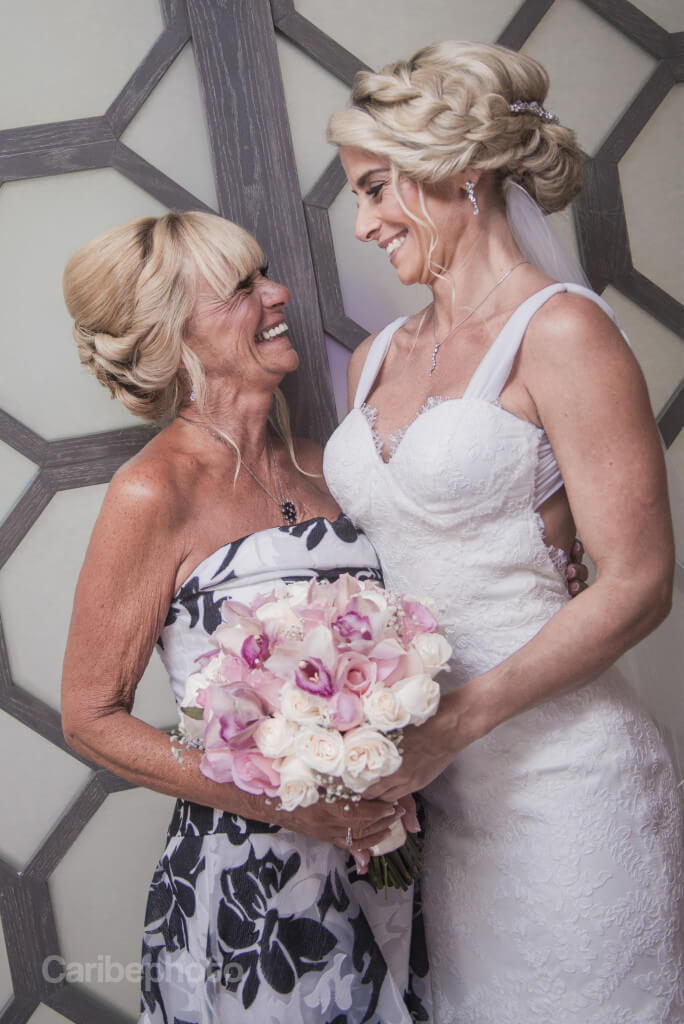 She looked absolutely beautiful. Her mother got up and ran over to her, giving her a big hug, it was a very touching moment! Tears had welled up in her eyes and she looked overwhelmed with emotion.

After she sat down again,  I asked her to tell me about the day when she and her husband first learned of their engagement.

¨When Louis proposed it was the cutest thing¨ she recalled fondly. ¨It was adorable.They came over on a Sunday for dinner.

We were sitting there on the stoop, because that´s what we do in Brooklyn.

And Lou pulls my husband aside and asked him if he could marry Jessica.

He then says to me ¨Lou wants to marry Jessica.¨

So my husband asks ¨What do you think?¨

I go ¨You´re the father¨

He says ¨You gave birth to her, these are your kids.¨

Then he showed us a picture of the ring. 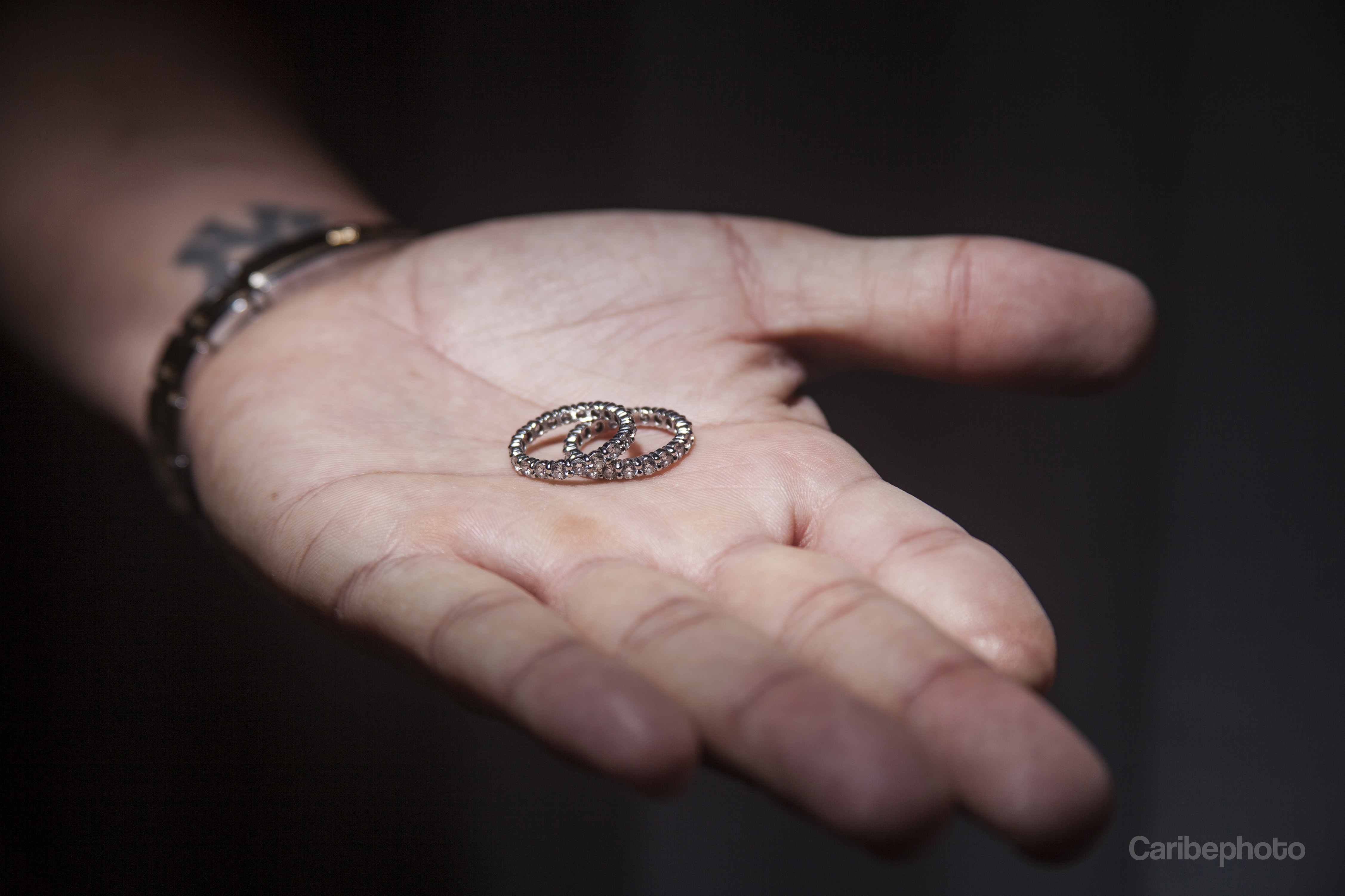 Jessica´s best friend Jen, who was present at the Blue Zoo when the couple met, offered up her own glowing opinion of the couple. It was a response that mirrored those of everyone I spoke to.

¨I never saw her so happy until she met Lou, and I know that she´s happy to be with him also. I´ve known her over 20 years.” 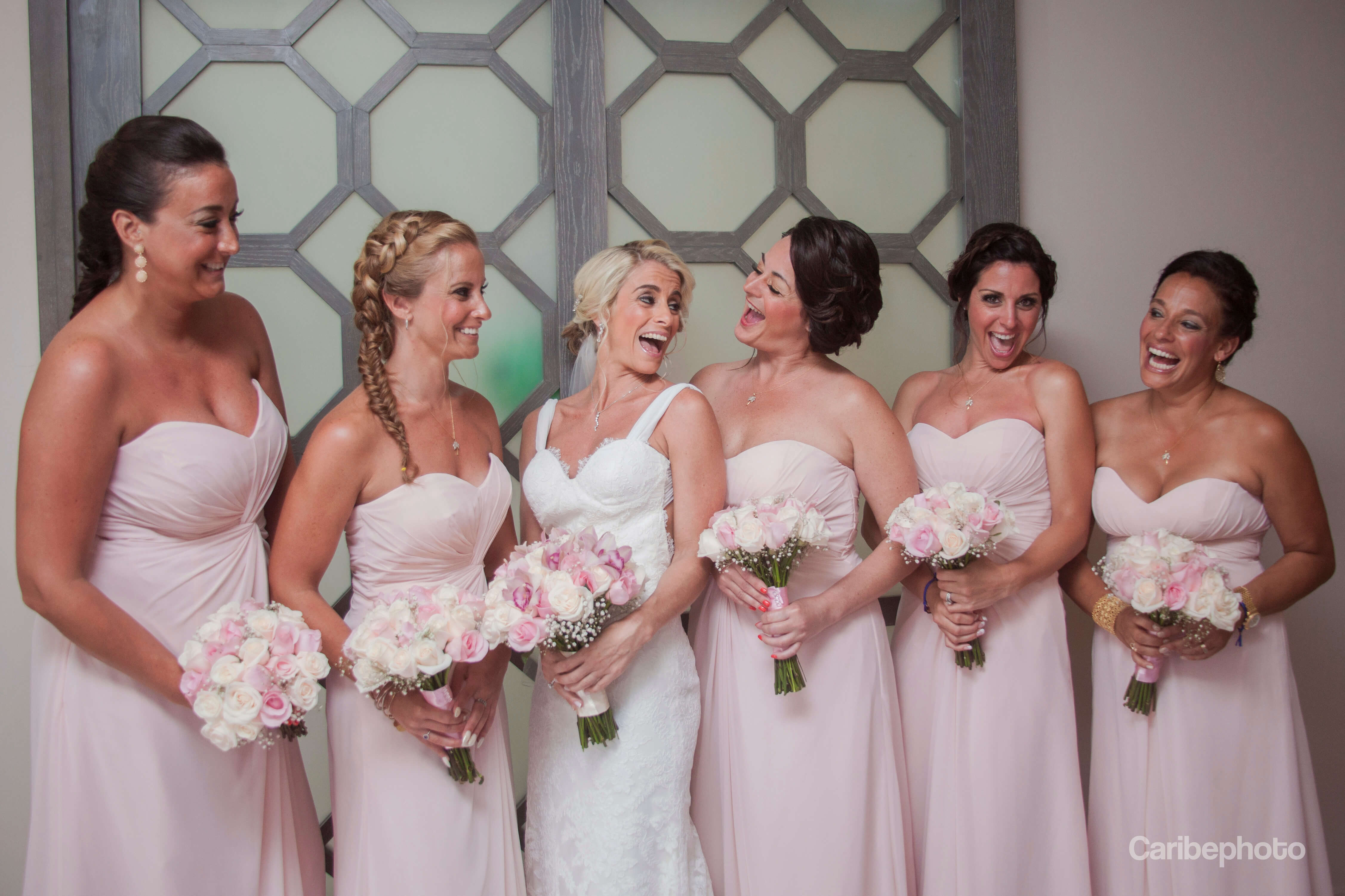 ¨She is very loyal, a great friend, the best I could ever ask for. She has a great heart and she´s always there when you need her. She is just an amazing person. ¨I asked Raquel about what she thought of her brother now, and in what manner he had changed since meeting the love of his life.¨She gave him structure, she kept him grounded, he´s a better person, a better man, a better personality. She completed him. She keeps him together, and they have a good life together now.¨ 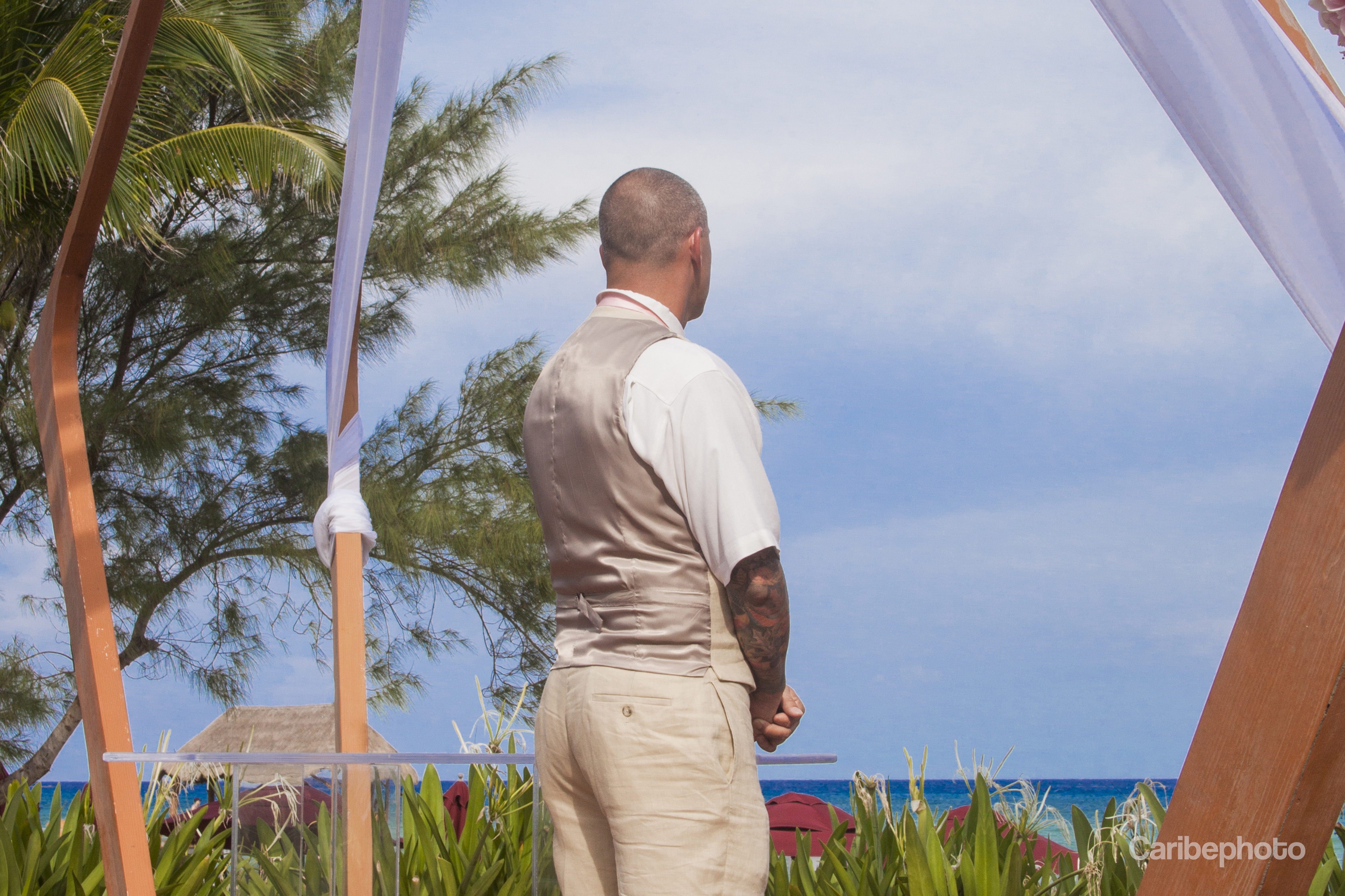 Over seventy guests, made up of friends and family, were seated there waiting. The early afternoon thundershowers had given way to blue skies and some light clouds, which reduced the direct intensity of the sun.

There was an air of anticipation as the bridesmaids lined up, awaiting the appearance of the bride herself. 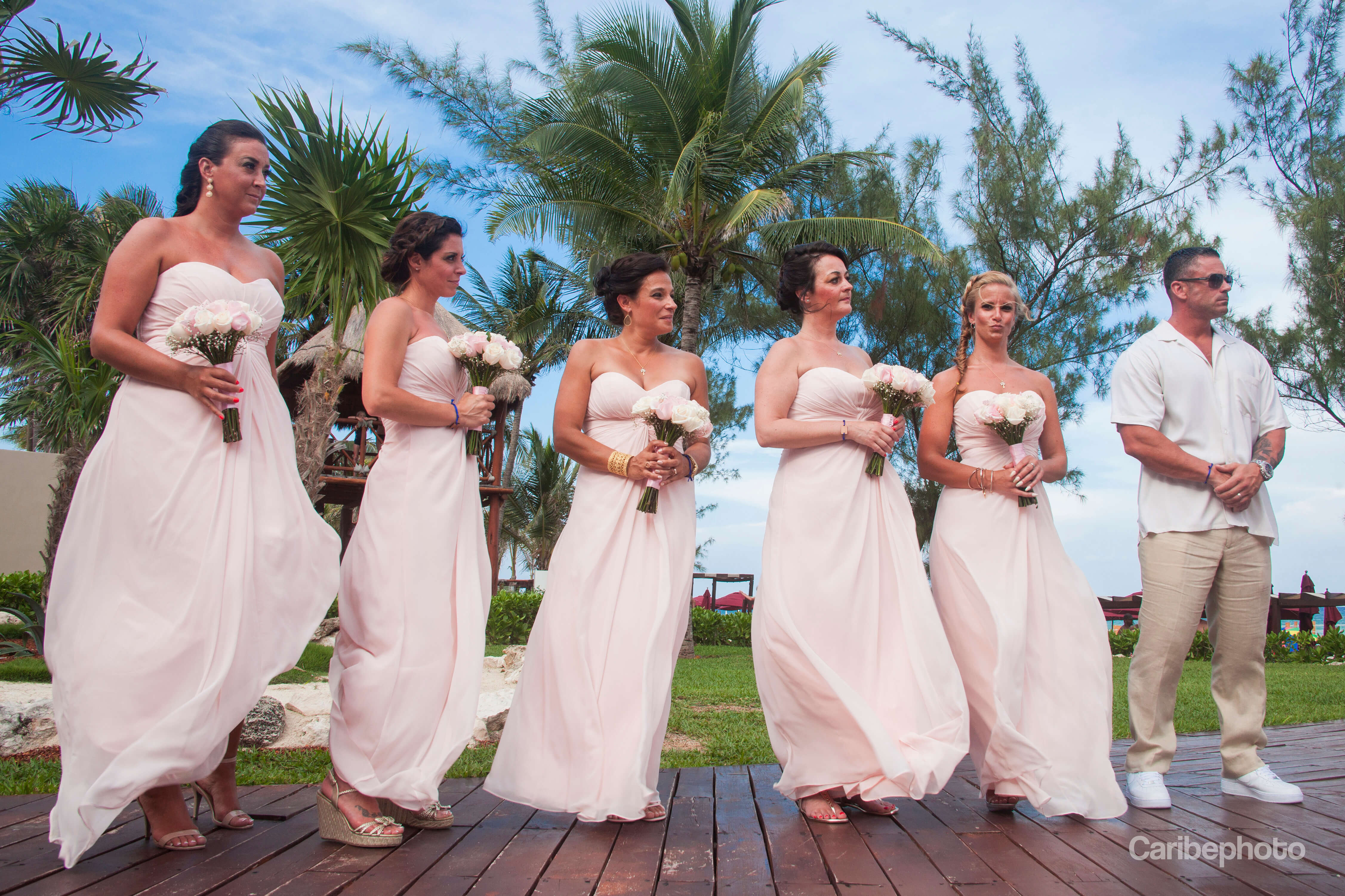 The sounds of the wedding march could now be heard on the speakers, and the bride appeared in the distance and began her walk down the aisle. 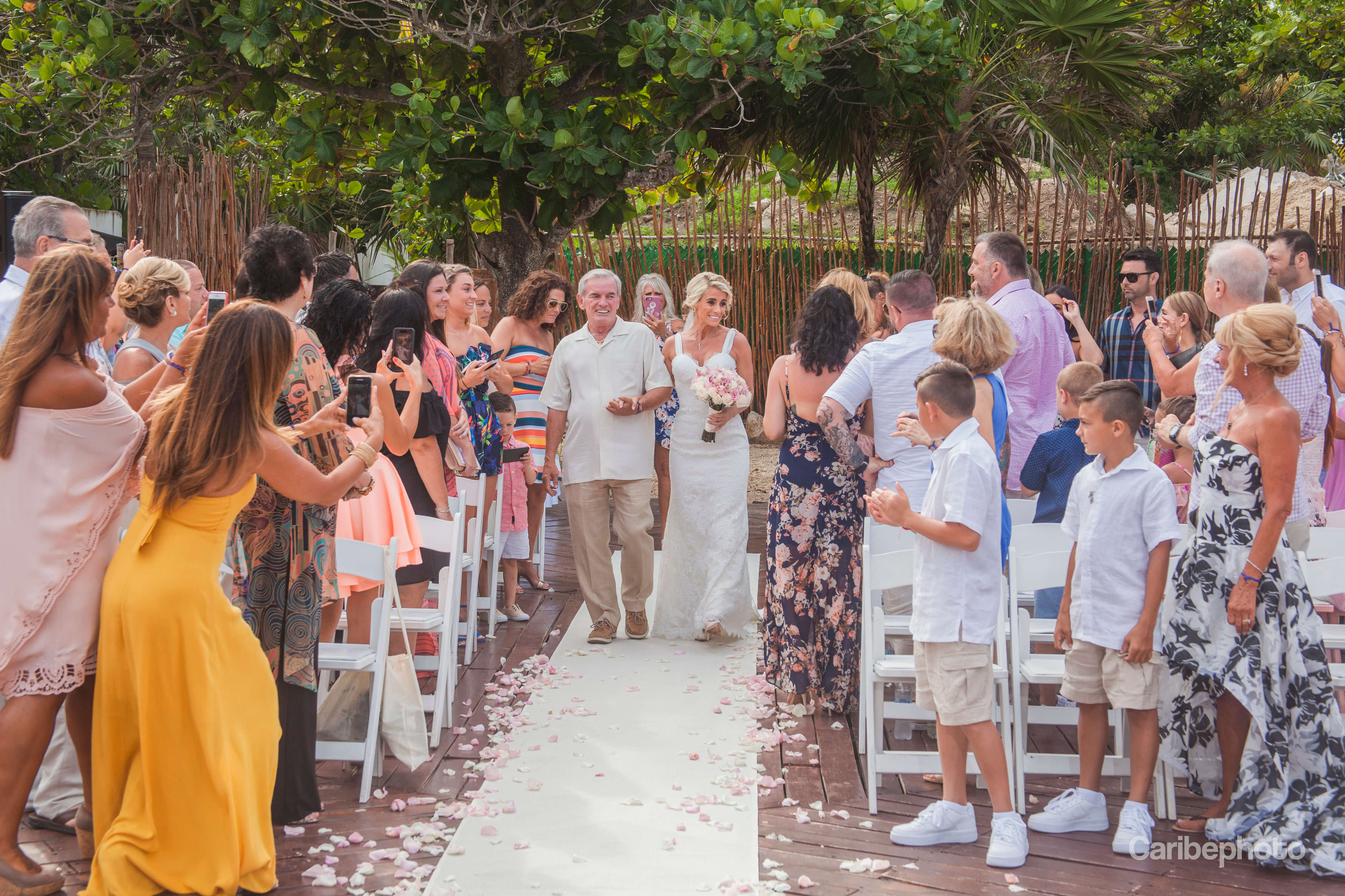 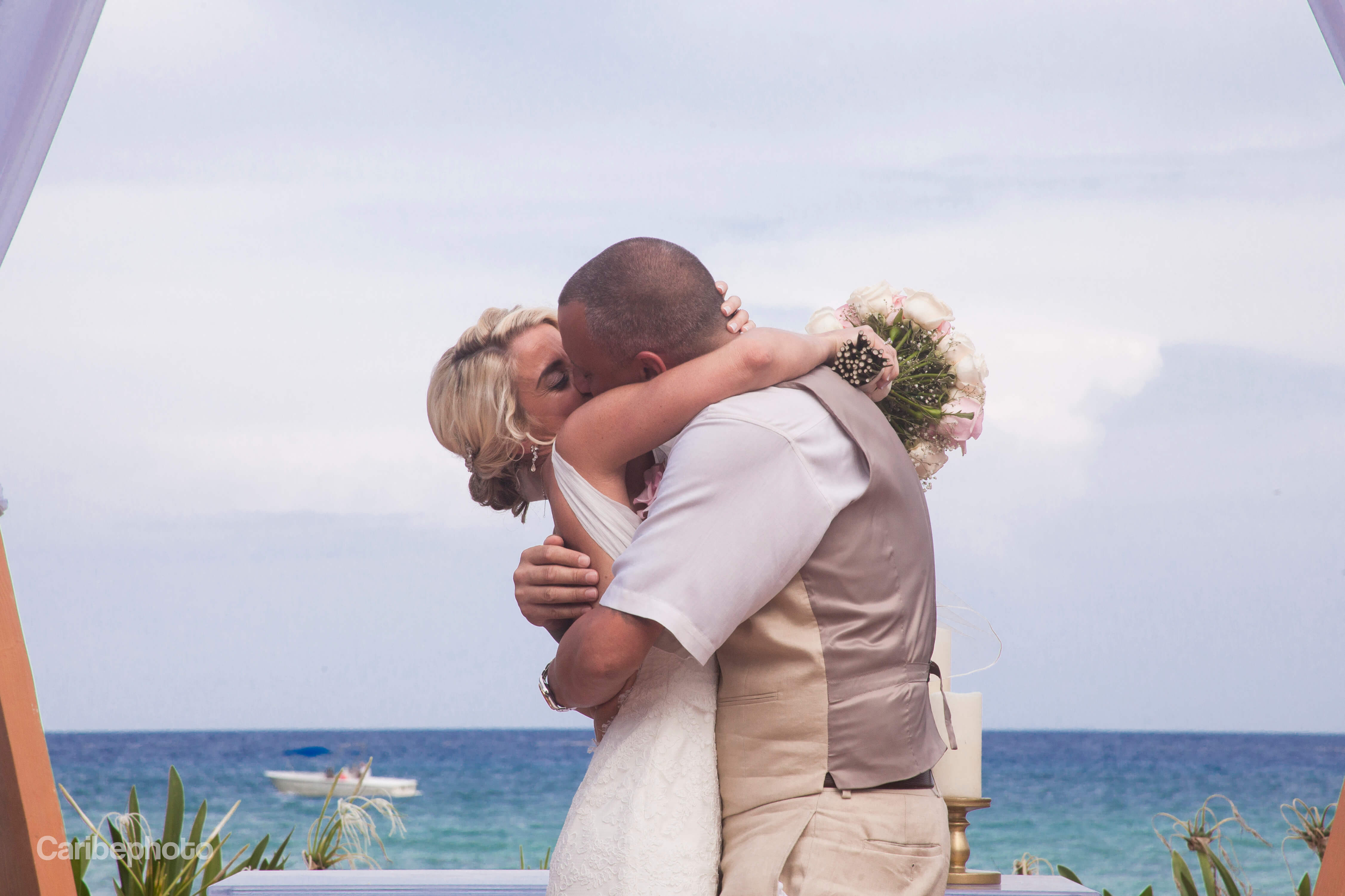 Now as husband and wife they basked in the glow and warmth of the sun. Surrounded by their loved ones they experienced their first moments of the next phase of their lives together. 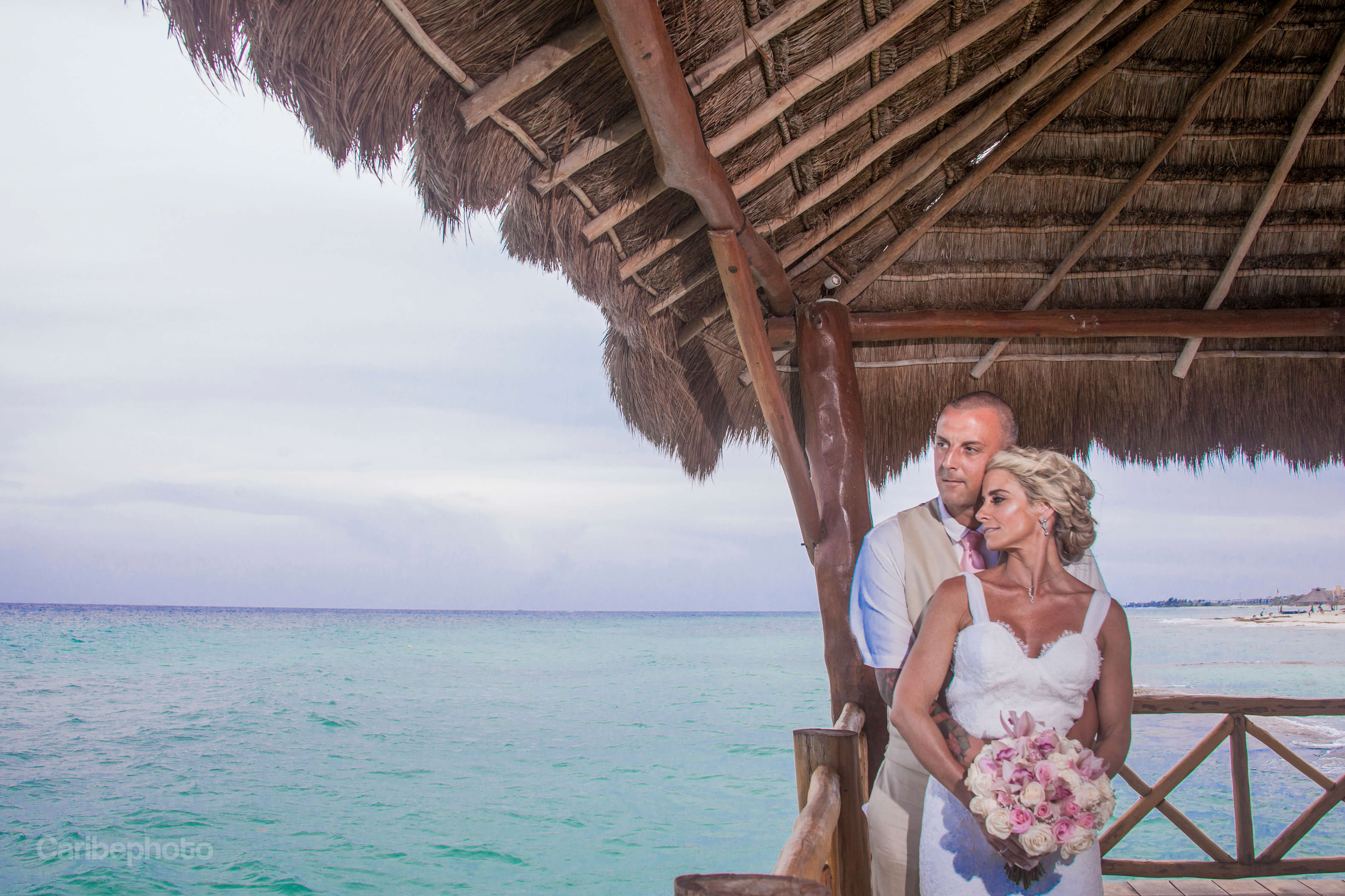 After ceremony it was the right time for Jessica and Louis to be together alone for a romantic photo session on the beach. 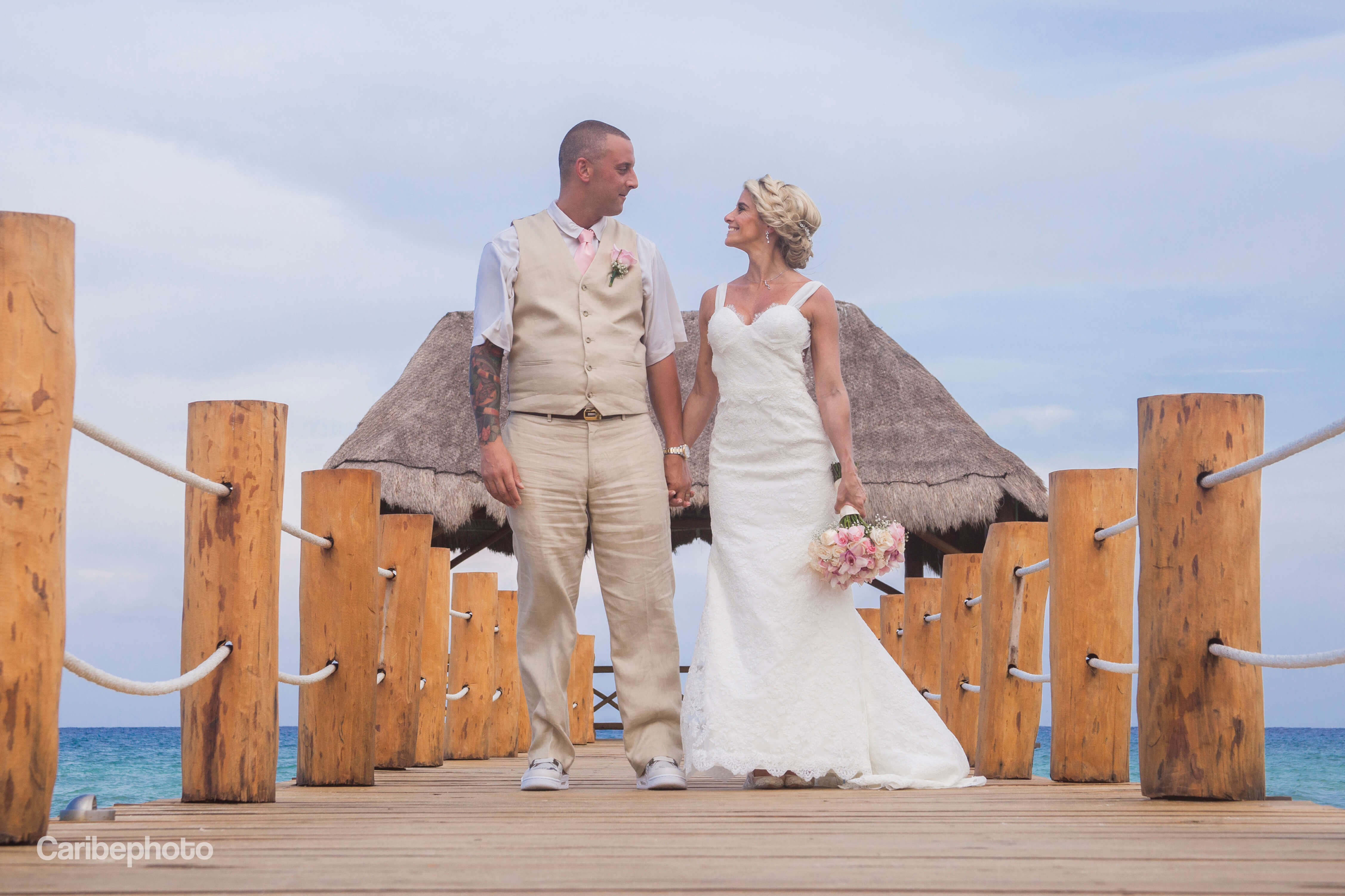 Later that evening, with the sun beginning to sink into the horizon, the Fives Skydeck was ready for the guests to arrive and begin the night time celebrations. 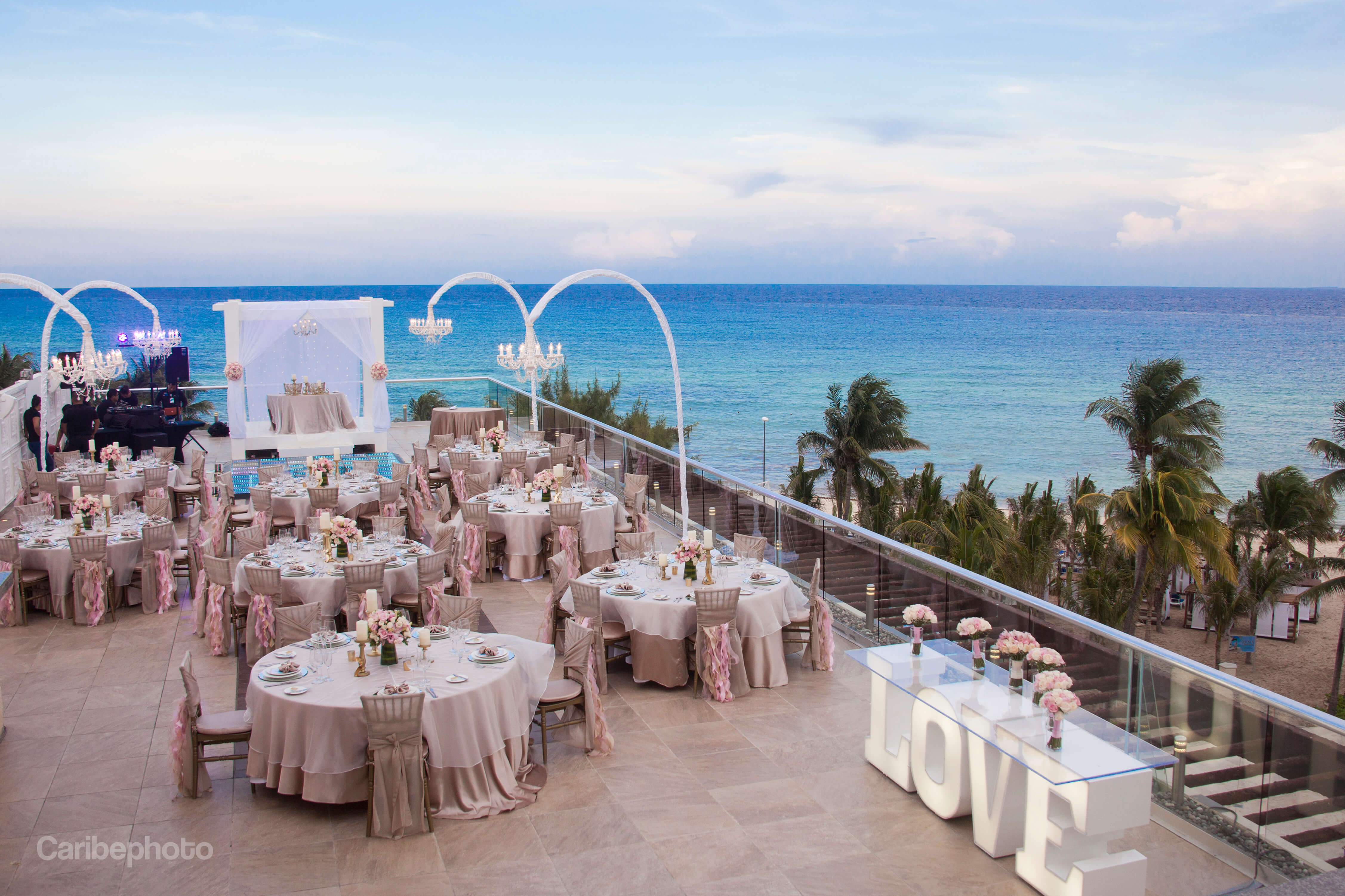 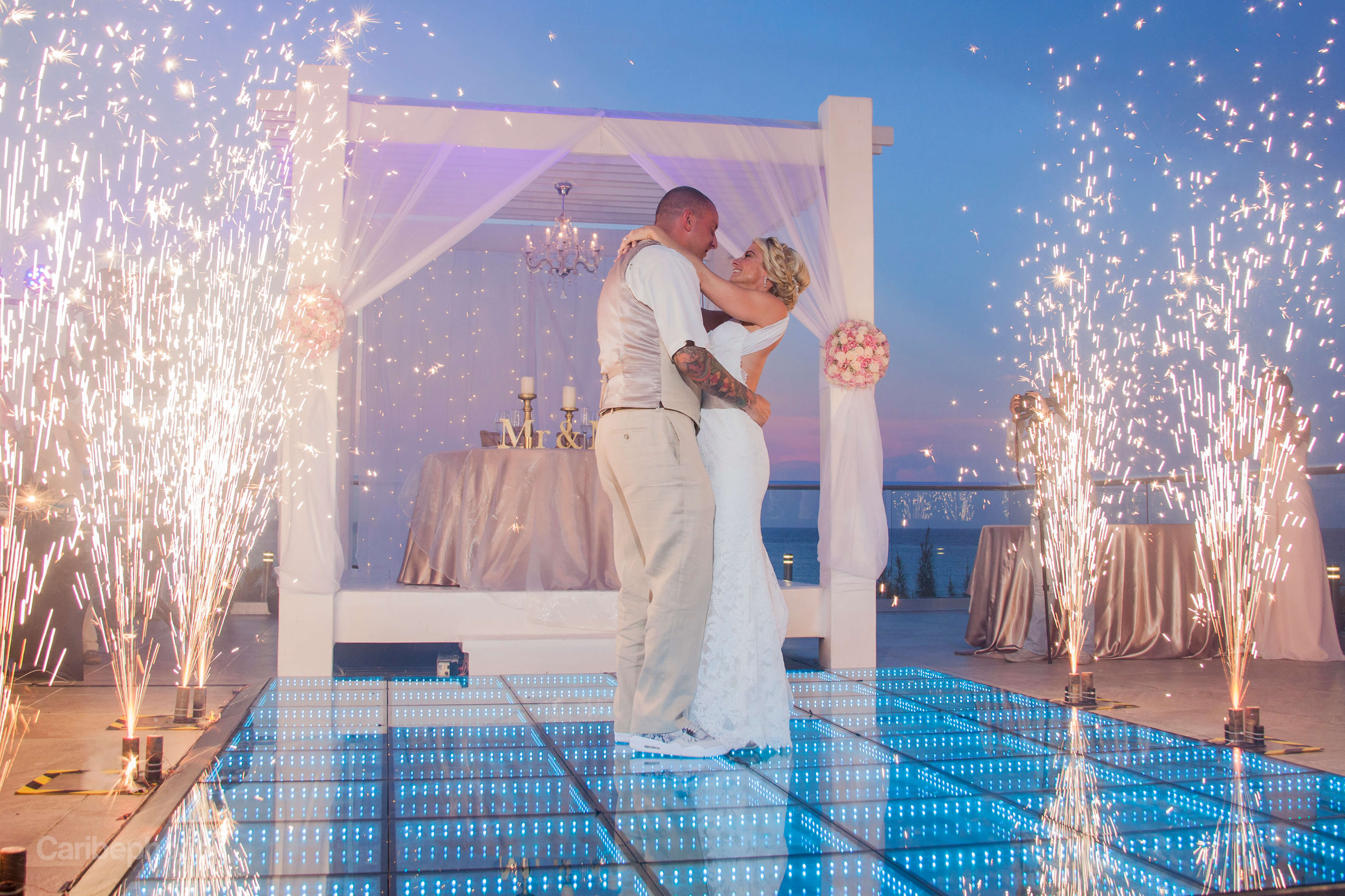 Louis and Jessica made their appearance, looking like a king and queen! It was now time for their evening meal and drinks, followed by a night of dancing under a moonlit sky.

Thank you guys so much for let us document your lovely story! We wish you the best!