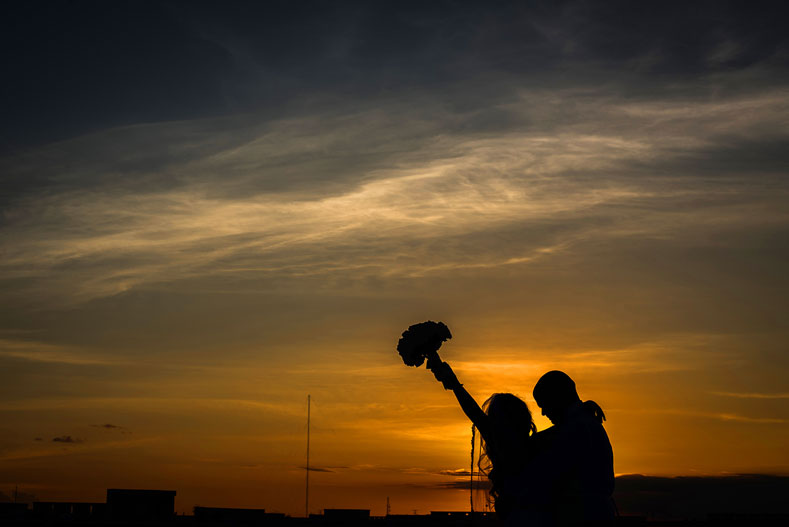 Amanda and Robert chose a breathtaking place with a spectacular view to say I do!!

“We were lucky enough to have David as our photographer for our engagement shoot. He was outgoing, and super patient!

We had a wardrobe change, we were extremely sweaty, and Rob was not feeling well that day… and our pictures still came out so beautiful.

I could tell how creative David was from that 1.5 hour shoot. He got every shot that we asked for, and better than I imagined. 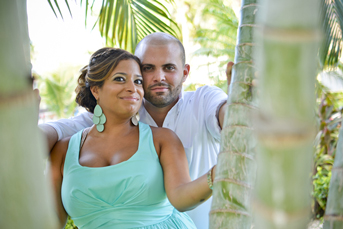 They met on 2003 in their senior year of high school. Initially nothing had transpired between them but mutual friends and hang outs,

the hang outs eventually fizzled, and it wasn’t until almost a year later that Rob and Amanda met again at a party

and on Valentine’s Day they shared their first kiss and little did they know it would pave the way for a lifelong love. 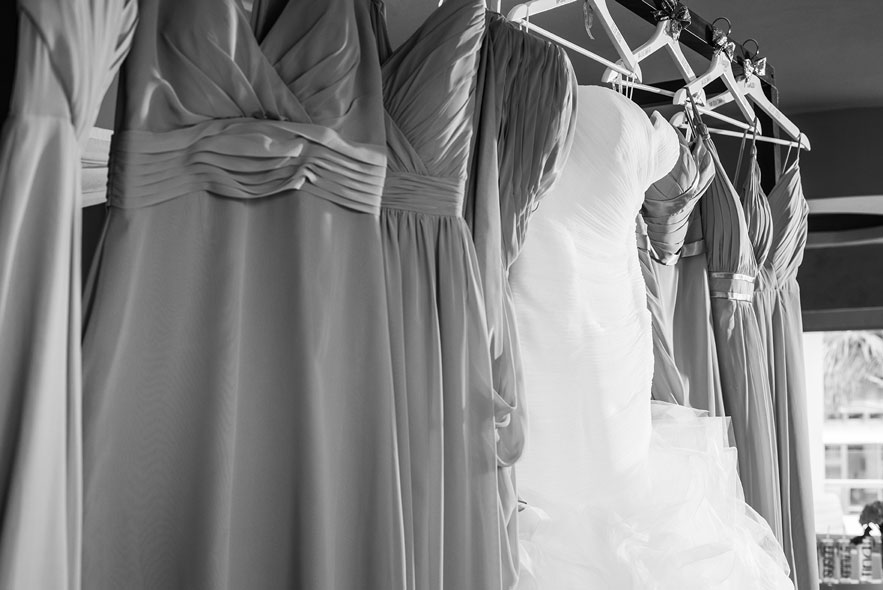 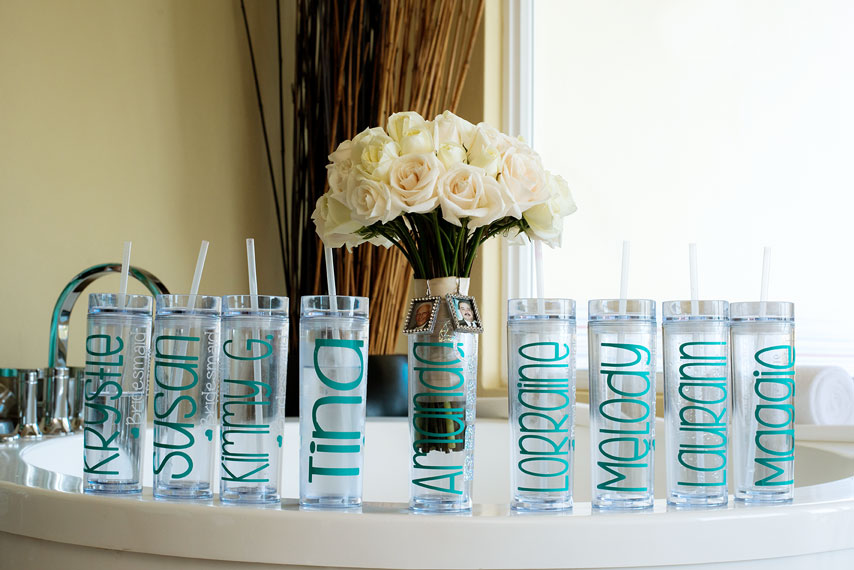 than just a really close friendship. After months of the back and forth, they found themselves in none other than Cancun, Mexico…

both on vacation at the same time  with their respective family and friends (Amanda may or may not have orchestrated that).

He was in love, and so was she. 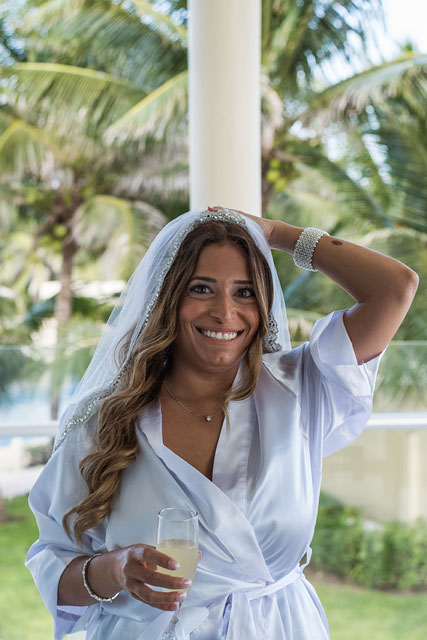 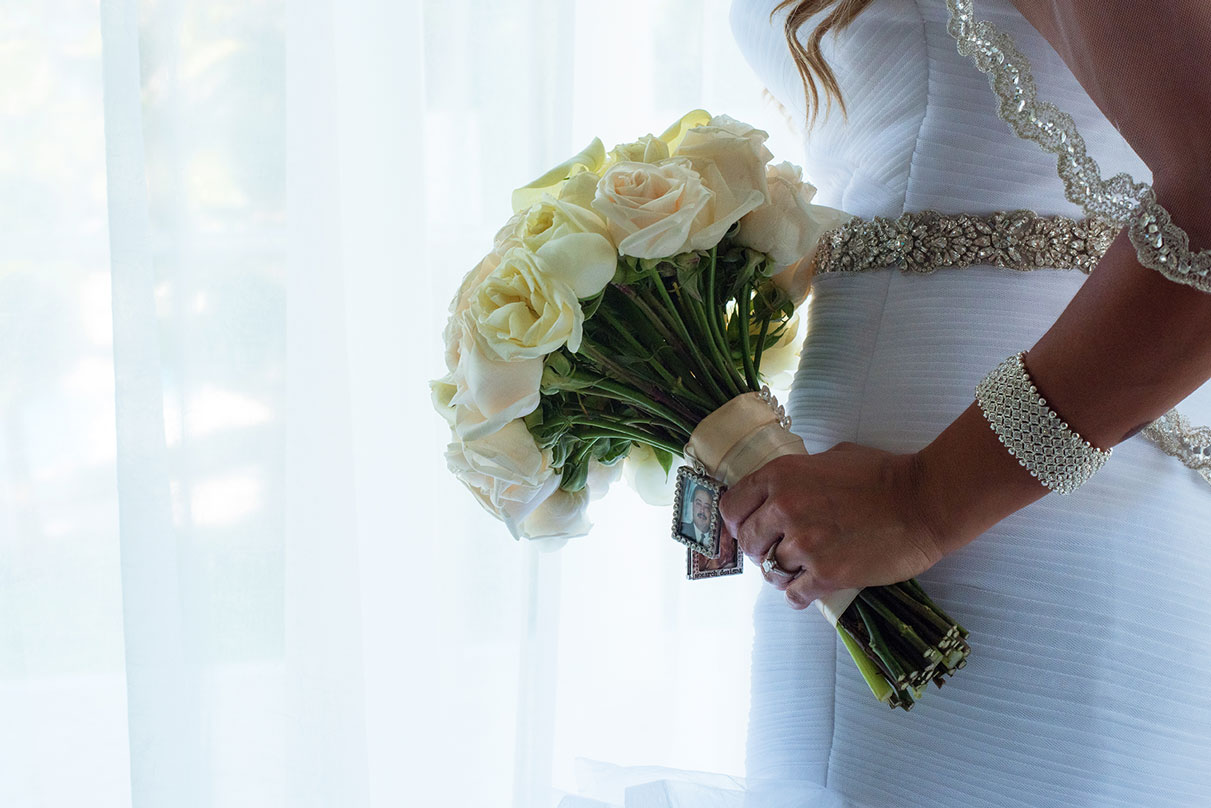 On February 12th, 2015, Rob shocked Amanda with a ring that was better than anything she had imagined in her head.

Almost immediately after, they decided on a destination wedding. They couldn’t picture themselves declaring their everlasting

love anywhere else than on a beach in the Caribbean. 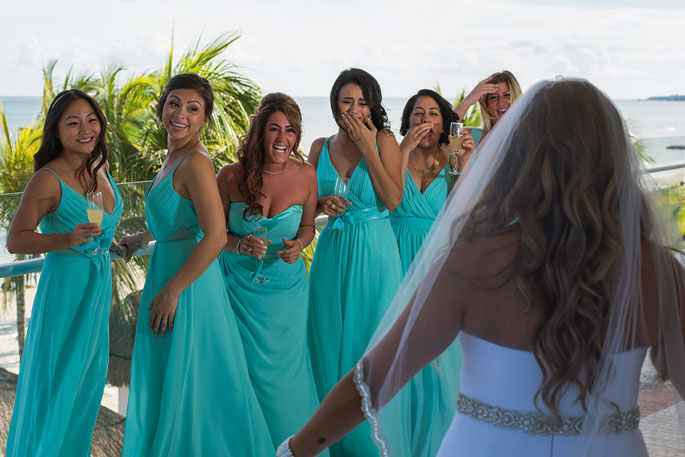 “Getting ready was a pretty good experience. In the beginning, I was very relaxed. Then, as time went by, I could not stop the

butterflies. I was feeling extremely nervous! I had a pit in my stomach. Once we started running out of time, and I felt like we were

rushing, I had less time to think about being nervous. When the girls were done getting ready, and I was in the room waiting to be called,

that’s when the real excitement started. I COULD NOT WAIT to get up and marry my  best friend in the entire world.

I just wanted to run up there to the Skydeck.” 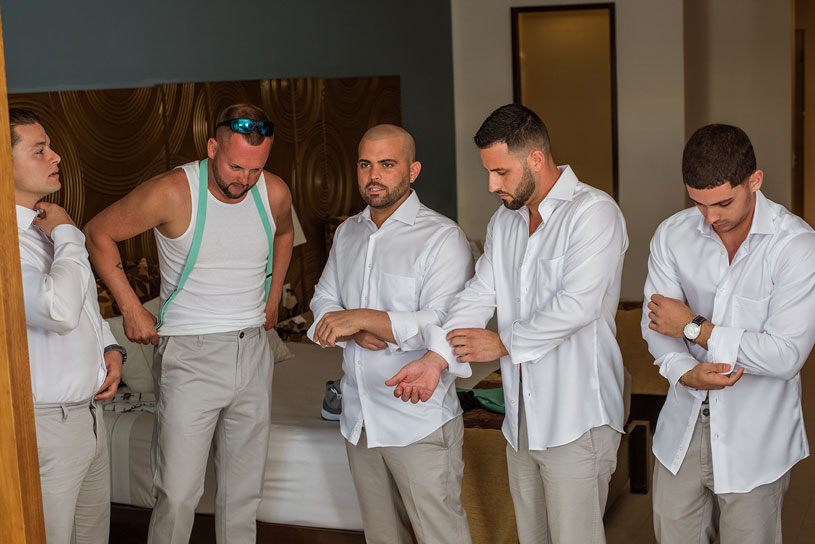 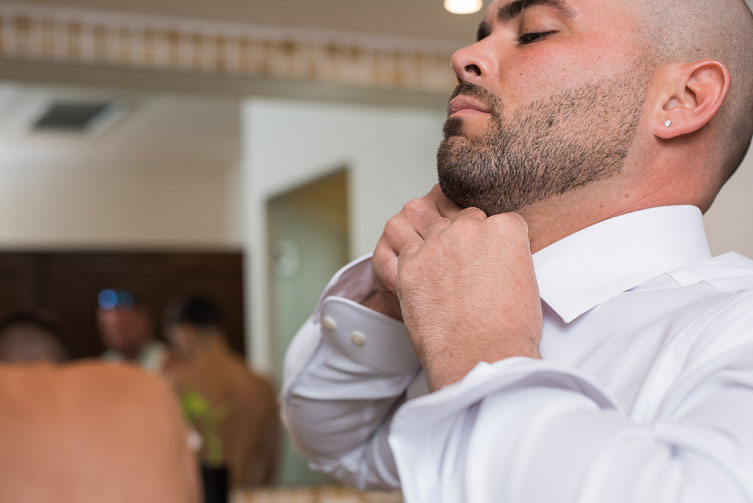 They decided to have a Papaya package (6 hrs of photo coverage) plus and additional hour, and 3 hours of video filming. 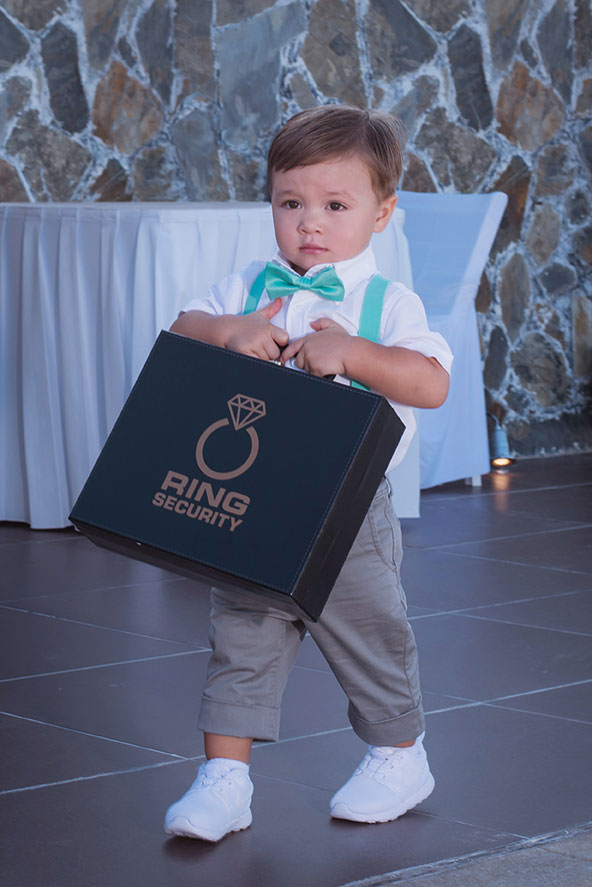 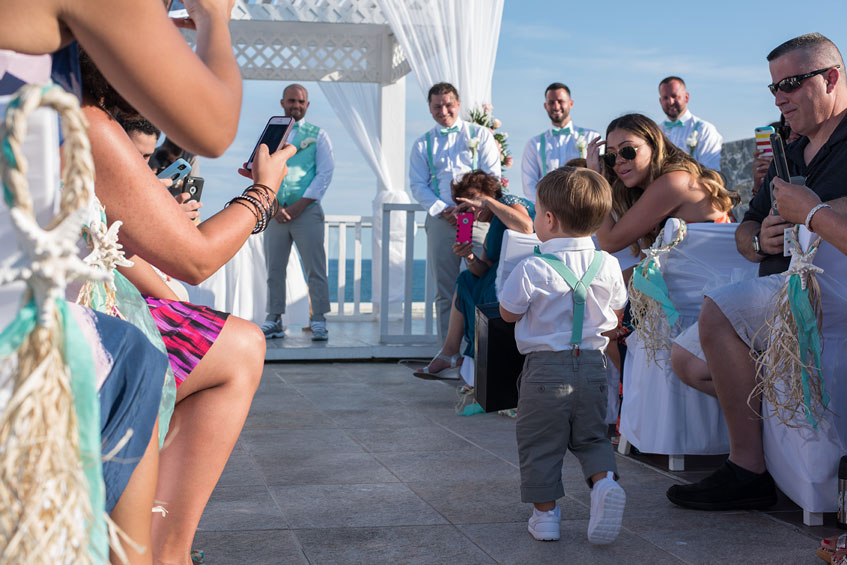 They had a little over 60 guests. Their both parents and siblings attended, as well as grandparents,  aunts,

uncles, cousins, and LOTS of friends. 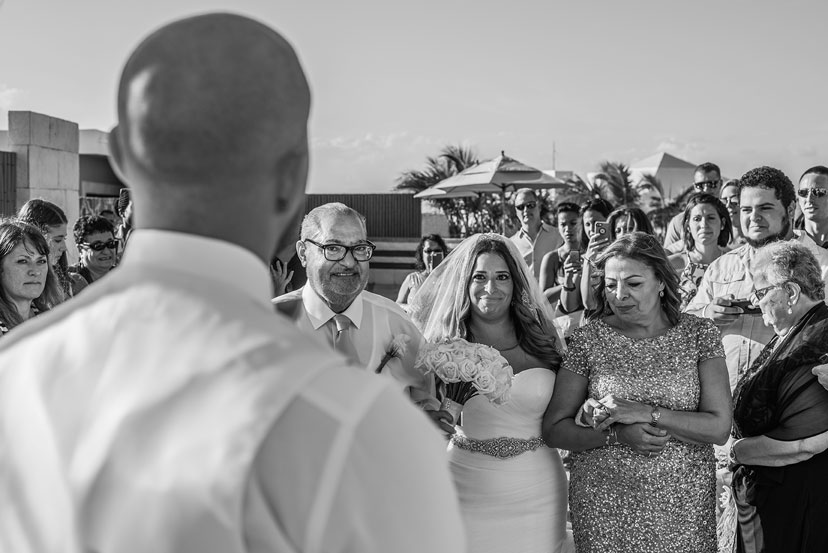 The ceremony took place in the Skydeck of Azul Sensatori, in Puerto Morelos, Riviera Maya-Mexico.

A jawdropping backdrop to say “I do” 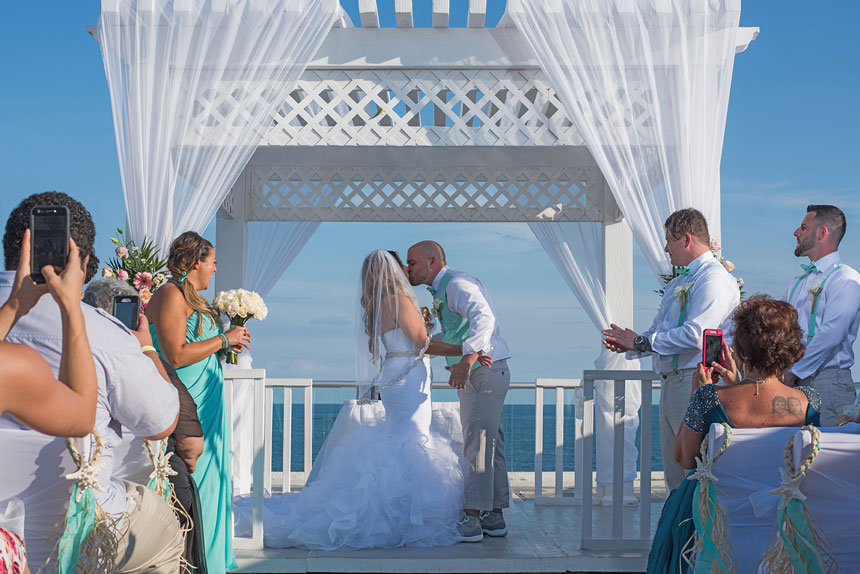 “I think my favorite part was when we kissed, and were announced as Mr. & Mrs for the first time. The music chimed in right at the

perfect moment plus the confetti made it feel like a movie! It was honestly magical.” 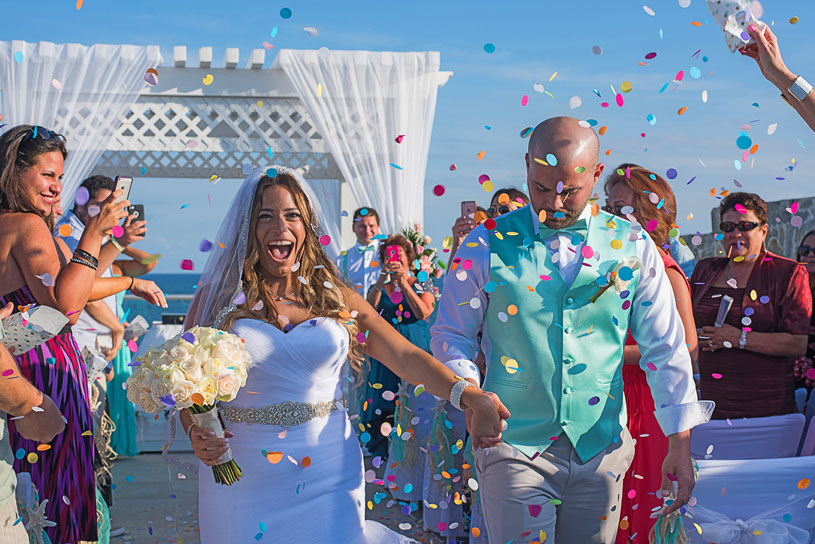 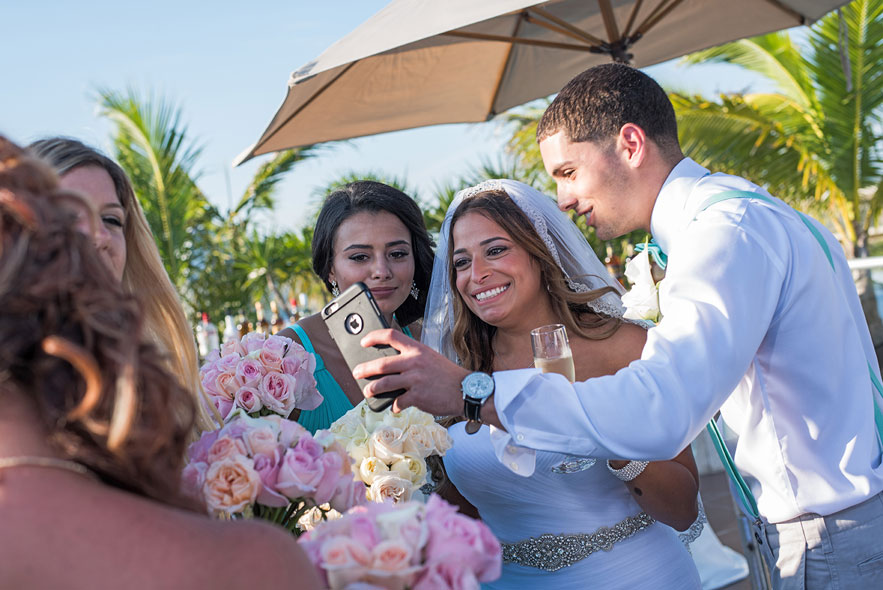 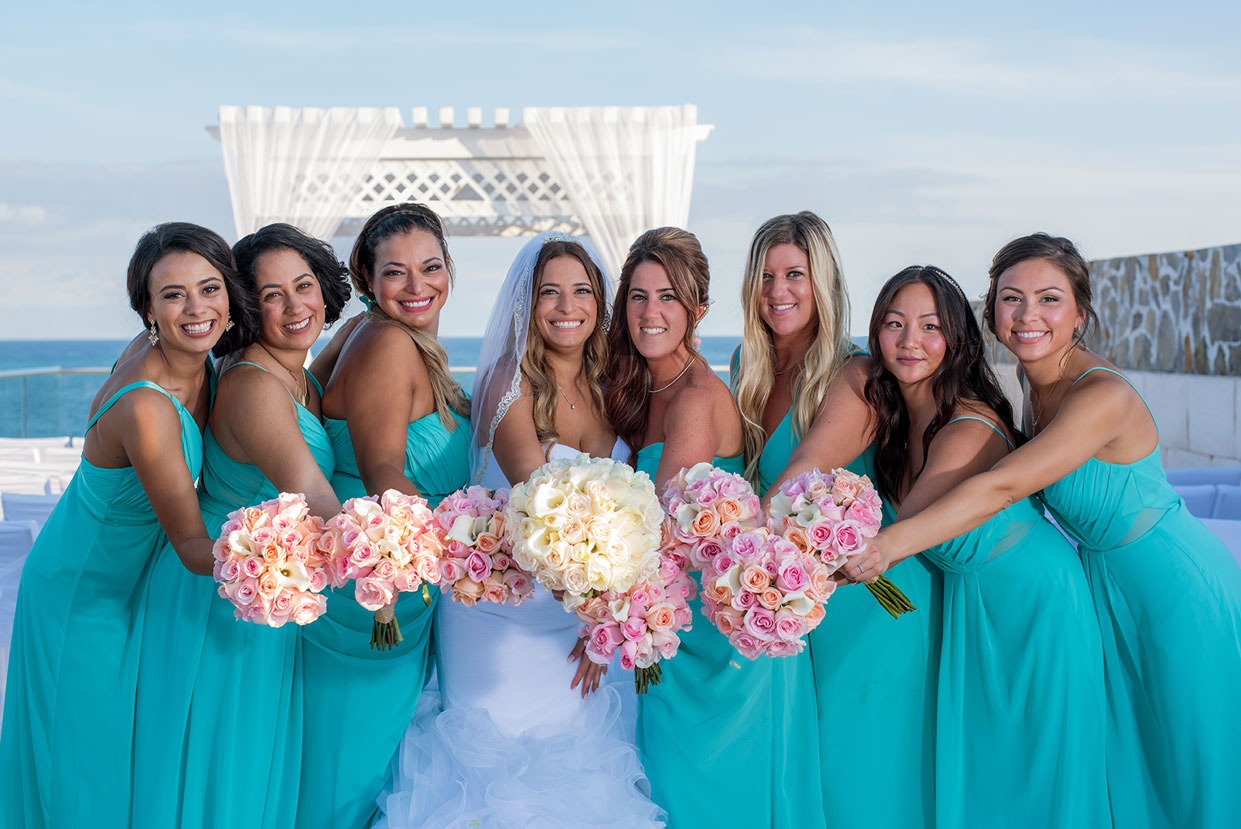 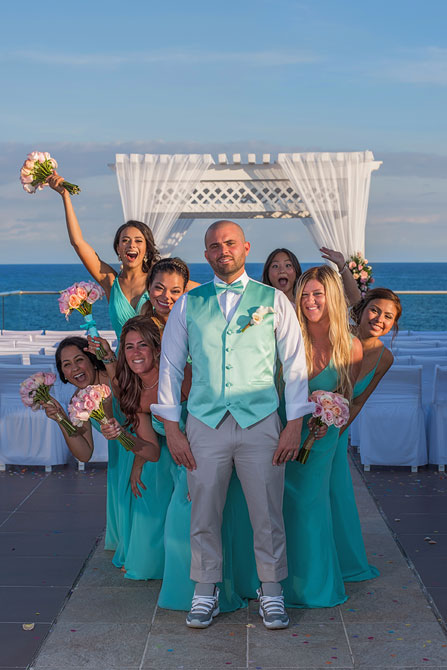 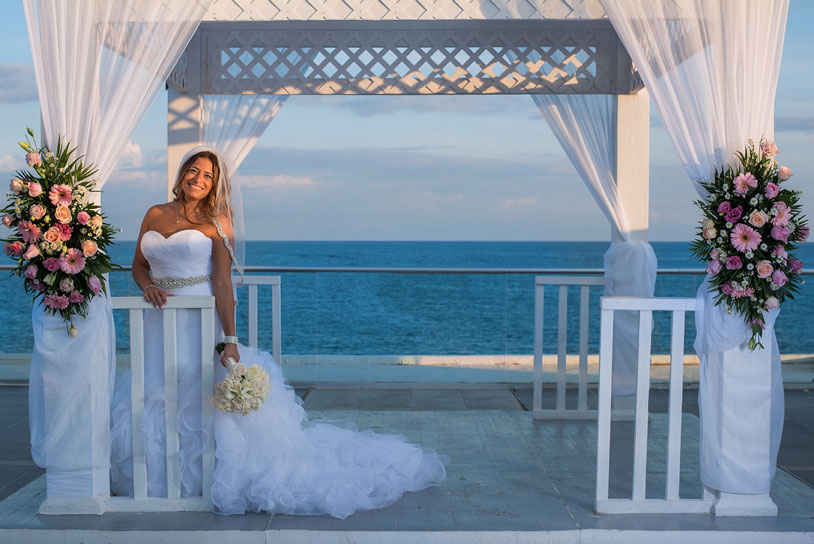 I must say there is something extra romantic about the Caribbean sunsets, isn´t it? 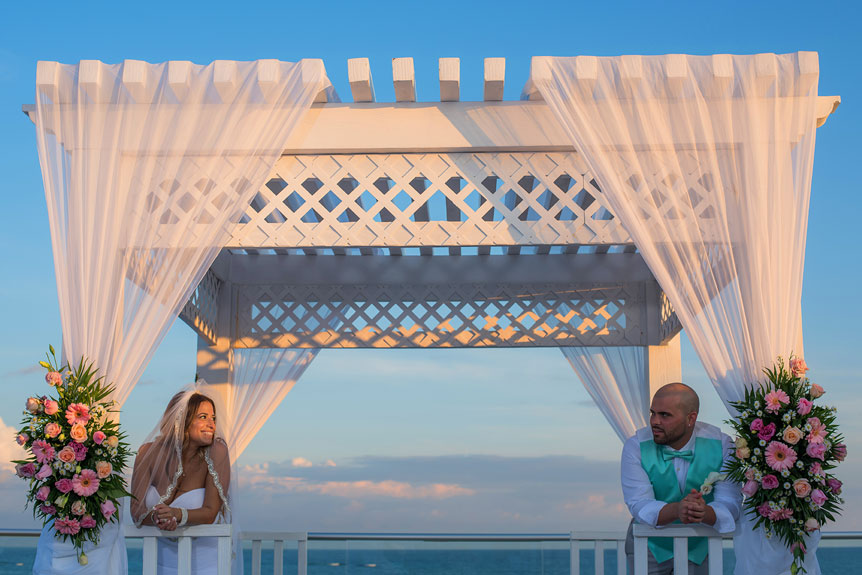 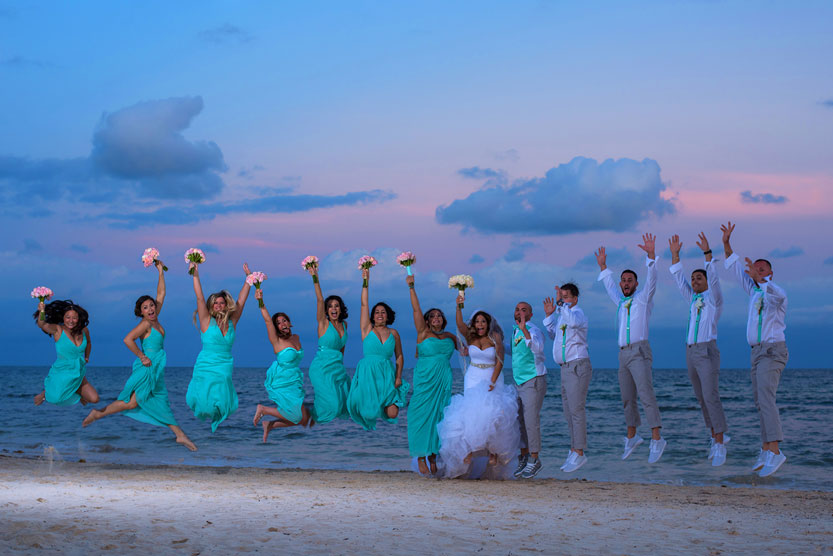 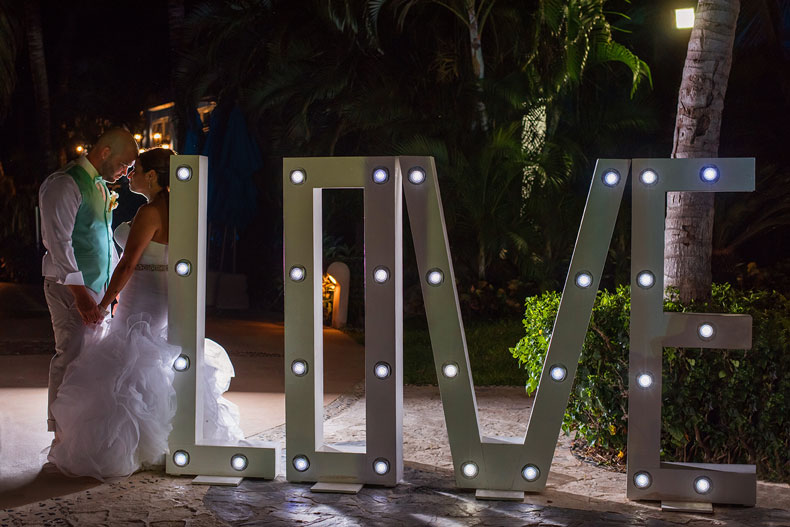 If you want to see their highlight video click here! 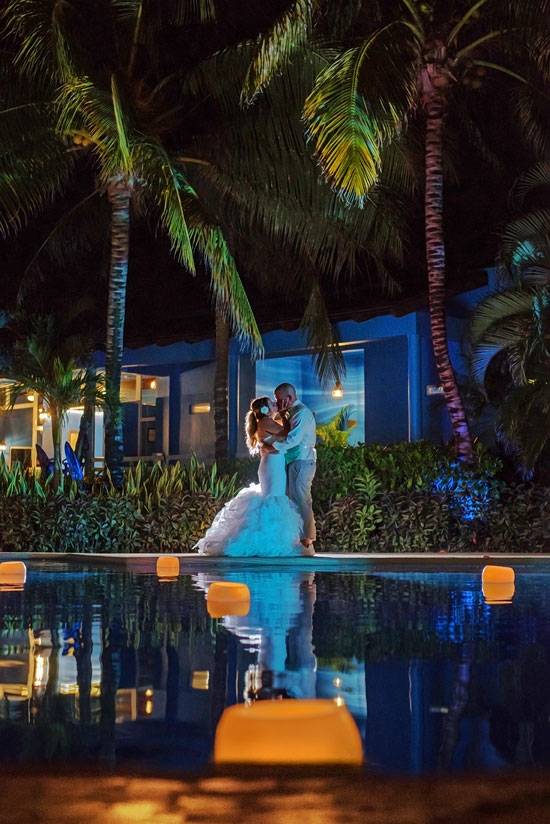 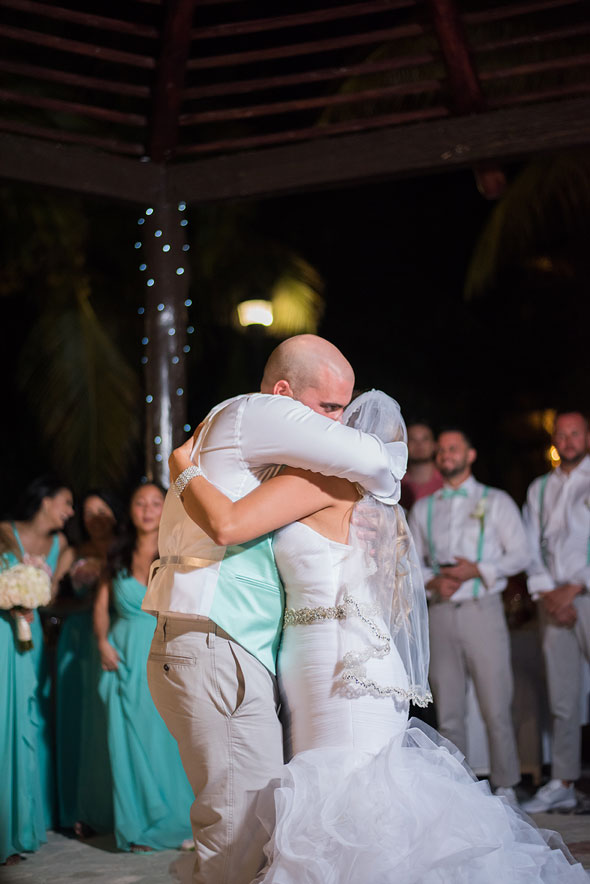 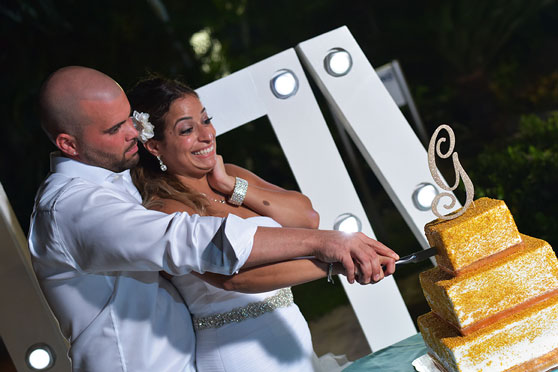 Their destination wedding was all carefully planned in mint & gold details. So modern!

And one of our fave details is the beautiful golden cake! 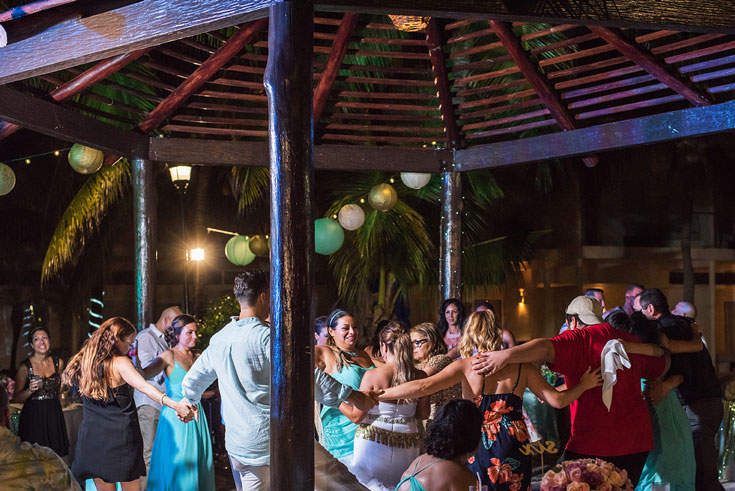 The evening ended with an amazing vibe, everyone dancing and toasting to the happy newlyweds!

Thank you so much Amanda and Robert for letting us in on your special day and sharing your love story.